Life has made a few U-turns with this Covid: Disruptions to family life and friendships have become the norm.

Mother Nature has taken the whip and cracked it several times. Weather has been hot, dry, cold, wet. Storms abound and each time rain appears, Mother Nature uses it to wash the world with her healing touch.

She does not see the false divisions we have set up. She has her own clock and she keeps time with it. To her, all that matters are the 4 seasons and the preparation for each.

Trees follow her and know exactly when to flower or drop their leaves. Underground the roots ready themselves for when they must send up new shoots.

We as humans, need things to be much clearer defined so we have split time in seconds, minutes, hours, days, weeks, months and years. We studiously follow our plans for each minute, each day and stupidly we put a false designation to our year end and we caper around like idiots welcoming in a new year – just another time span for Mother Nature. We continue with New Year’s resolutions which will be shed a few days, weeks or months into the New Year.

I prefer to set resolutions by the day but look at them as aims and ambitions for that day. 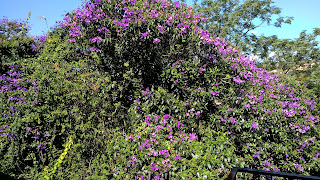 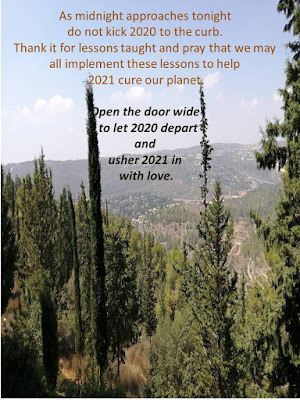 1.    That the earth needs healing. 2 short months of isolation and the world showed immense improvement. We need to remember this and do our best to keep it clean.

2.    That working from home is possible, can be enjoyable, productive and profitable.

3.    To value friends, neighbours and family.

7.    To meet challenges with equanimity and finally

2.    Many students strutted around with complete and total disregard of their (or anyone else’s) safety

3.    Many students derided their government’s efforts to keep us safe

To those who have lost people to Covid I send my heartfelt condolences.

To those who are struggling with the disease. Take one day at a time and celebrate each small achievement and milestone. Try to use the hard days as stepping stones to the next success.

To those who are caring for Covid patients. My heart goes out and I pray for your strength and immunity.

Statues in the Garden

The statues of Peter Pan and Wendy fascinated me. They were partially hidden by the undergrowth and a flowering tree branch extended over them. Every now and again a blossom detached and drifted down between them. As I watched the fallen blossoms became fairies who danced on the breeze touching Wendy’s hair as they drifted past. The wind changed direction slightly and the next batch of fairies played around Peter’s hat before falling into the space between Peter and Wendy

Peter was sitting with his eyes focused on the bird bath between them. Wendy had her arms linked behind her as she bent towards the bird bath.

A beautiful yellow bird fluttered down and sat on Peter’s cap, another one sat on Wendy’s hair. The two birds set up a conversation – each twittering in turn. They then companionably flew down to the birdbath and splattered in the water. Their joy was palpable

The bells calling the villagers to the fair sounded so joyful. It was hard to ignore the festive sound. In my mind’s eye I could see Johnathan pulling on the ropes in the bell tower.

Johnathan was born with Down’s syndrome but had always been an adventurous child. He was fascinated by the sound of the bells. Father Mullany watched him with  interest. When Johnathan was eight years old the father offered to teach him bell ringing. This would be the youngest person that Father had ever trained. He was also a bit worried that it might be too much for a child with Down’s syndrome.

Johnathan excitedly pulled his mother to the church on the afternoon of his first lesson. Father Mullany had arranged a table with a set of hand bells. Johnathan proudly counted them and turned to smile at his mother.

“Mom there are 8 bells. Father why are these bells so small? Are the ones in the tower this small?”

“No, Johnathan, The bells in the tower are very big and heavy so we always start off with a set of hand bells.”

Johnathan’s mom sat at the back of the church and watched the lesson. At the end of an hour, Father Mullany drew the lesson to a close.

“Johnathan we need to stop now. You have been one of the best pupils I have ever had. No one else has been able to play a tune at the end of an hour.”

Johnathan beamed. It wasn’t often that he was the best in anything.

“Sorry Johnathan but I have to get ready for another appointment. Let’s plan when we can have our next lesson.”

Johnathan’s mom choked back the tears as she came forward to fetch him.

“He has got a wonderful knack,” said Father Mullany. “He has learnt so fast!”

Jonathan face was split by the biggest smile that his mom had ever seen.

Very soon he was ready to take his place with the bell ringing society. But the bells in the tower still fascinated him.

“You need to be very strong to handle those bells,” said Father Mullany.

“Because the bells are very heavy and you have to have strong arms and shoulders.”

When Johnathan got home he asked his father to help him get stronger. Together they searched the internet for exercises. It soon became their special time, the time they spent together gathering tips and developing their shoulders and arms. Equipment was bought when they could afford it and finally when Johnathan turned thirteen he presented himself to Father Mullany. Together they climbed the stairs to the top of the bell tower and Father Mullany strapped noise mufflers onto Johnathan’s head and then put his own on. Johnathan tried the biggest bell and was thrilled when it produced a deep rolling tone. He skipped over to the next bell and then the next. He was in his element. He managed three of the bells but could not handle the other two as well. Father Mullany laughed at his disappointed face and told him that if he wanted to play tunes with these bells he needed to get some help. So together they pulled and released bells until they had a lovely harmony going.

Johnathan quickly became adept and proudly took his place as an official campanologist for the church.

Penny kneeled on the seat in the bay window of her lounge. Her elbows were propped up on the back rest of the seat and her chin rested in her hands as she stared outside with virtually unseeing eyes.

She was missing her dad so much and she could see that her mom missed him as well. She didn’t understand the situation. She was only eight years old. Her thoughts thundered in her mind as she grappled with the facts. Daddy was a plastic surgeon and every year, at the end of February he would join something called Doctors and borders or something. Daddy had told her that he was needed in other places and God wanted him to help people who had no doctors near them. Again this was something that seemed strange to her. There were doctors all over -near her home and near her school.

Then something called lock down happened and mommy had told her there was a horrible sickness that could really hurt Granny and Gramps so they all had to stay inside. Mommy also told her that daddy wouldn’t be able to come home just yet because South Africa had closed down and were not allowing people to come in even if their homes were in South Africa.

Every Sunday at 3 o’clock Daddy would come in on the computer and they could chat. It was lovely - almost, but not quite, as if he was  actually there. As the days, weeks, months went by she settled into the “at home” routine waiting patiently for three o’clock every Sunday afternoon.

One Sunday as they were talking she heard some loud bangs in the background and she asked “Why are they letting off fireworks Daddy? Is it Diwali?”

“No,” said daddy, “Some people just like big noises.”

But she noticed her mother looked worried as she asked “When are you coming home?”

“Children are getting hurt,” said Daddy. “They have asked us to stay behind and help them.”

And so the days, weeks and months continued to fly by. It was now December and Christmas was close. Penny was sad that her daddy still was not home. Every night she prayed that God would keep daddy safe and would bring him home.

One Saturday night as her mom tucked her in and said goodnight, Penny said “Tomorrow is Sunday and we can talk to Daddy.”

She snuggled up to her bear and her eyes grew heavy and she slept.

As the morning sun crept into her room she lazily stretched and felt a sliver of excitement creep over her. Sunday! We can talk to Daddy. She grabbed her teddy and made her way to the kitchen. She stared, scrunched up her eyes, opened them again and yes he was there, leaning against the counter with a cup of coffee in his hand. Penny launched herself at him screaming “Daddy! You are home! You are here for Christmas!”

Coffee and mug spewed over the kitchen floor as Daddy grabbed her in an almost bear-like hug.

I didn’t realise that you could smell sunlight. Suddenly today the realisation hit. We all know that we can smell rain but sunshine??? No way! Yes way!

So what words can I use that will help you smell sunlight? It smells clean. It smells fresh and the light reflecting from surfaces smells like pine and yet there are no pine trees anywhere around.

It is a smell that makes me want to run around touching plants, touching surfaces.

And it brings its own clear, fresh smell. 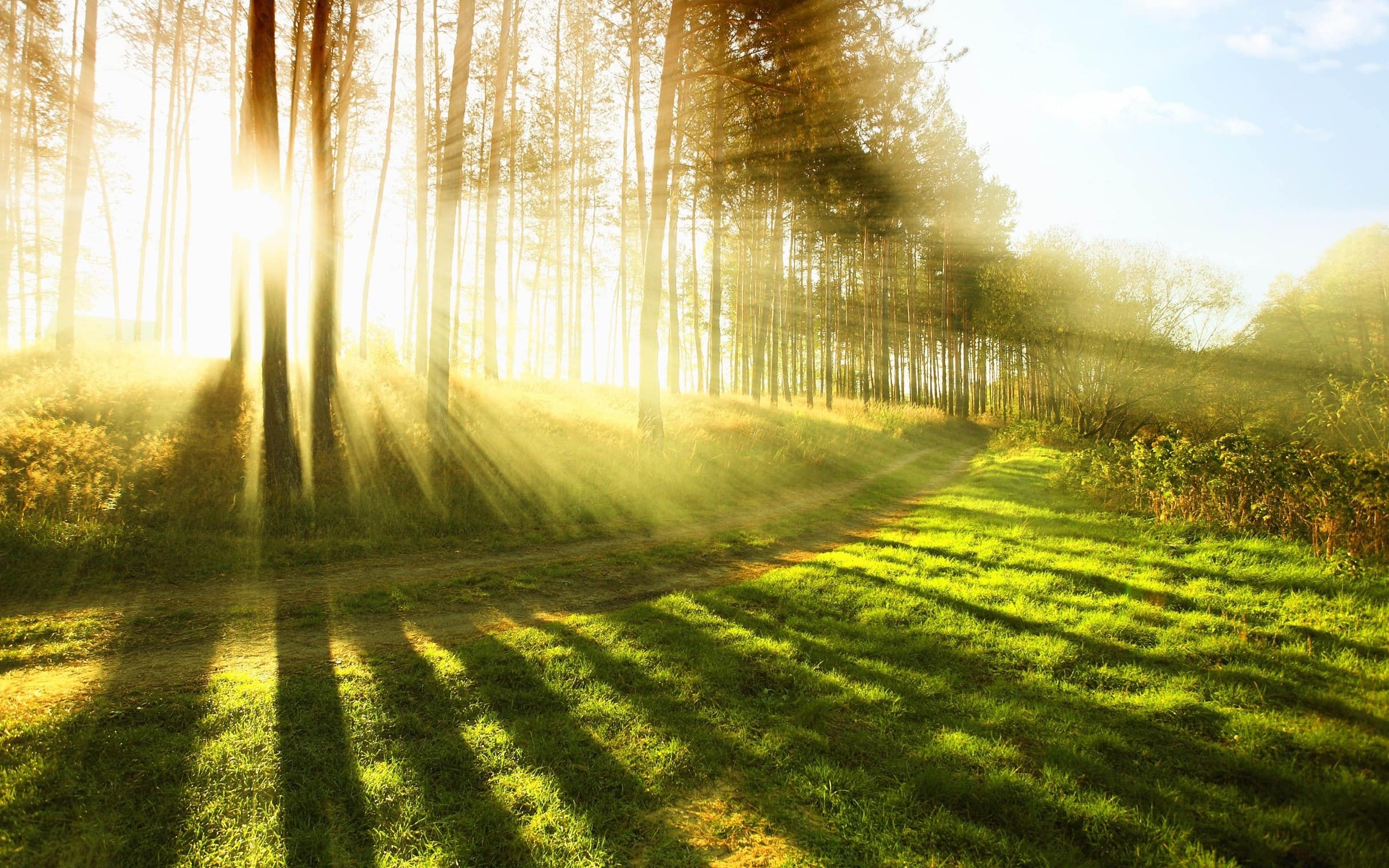 My beloved cat JouJou left this world some fifteen years ago. I can still clearly remember the day we met. I answered an advertisement of a farmer from Creighton who brought day old chicks to Durban. I met her at the Hypermarket and climbed into the back seat of her yellow Volkswagen Beetle. A little bundle of fur crept out from under the front seat. I knew instantly that we were destined to be together. A pretty bluepoint Siamese, I named him JouJou. From the very beginning he was a special companion. He kept me grounded. Seriously. At the drop of a hat I would be off for the weekend or even longer. Now I had to think of JouJou. But on the bright side of course, I now had someone to come home to.

He was a delicate creature. In his early years he had health problems and we both developed a long and expensive relationship with the vet. Until, hooray! A certain pet food company came to the rescue. I know the special food for kidneys, teeth and general health not only saved my bank balance from slowly disappearing; it also extended JouJou’s life to a considerable degree. I loved him probably more than any human being and his loss was a pain beyond words.